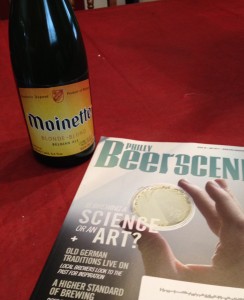 Have a wonderful and peaceful Easter!  And read my newest article about Brasserie DuPont in the May 2014 issue of Philly Beer Scene, available at your local pub now!

Check out my article on the Ommegang Game of Thrones inspired Fire and Blood Red Ale in the current issue of the Mid-Atlantic Brewing News!

And check out Chris’s review of it on BeerGeekNation. 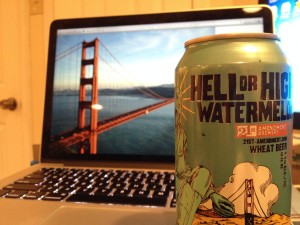 My long-anticipated trip to San Francisco is finally here!  I am stoked to check out the San Francisco beer scene, including 21st Amendment Brewing, Speakeasy Brewing, the Toronado, and as many others as I can!  Keep track of my adventures in real time on Facebook (The Brewholder), Instagram (thebrewholder), and Twitter (@thebrewholder). 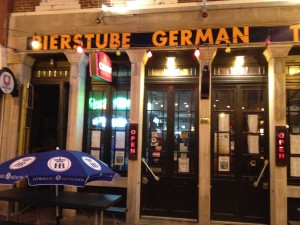 Last weekend I finally had the chance to visit Bierstube, located at 2nd and Market Street in Philadelphia.  Opened in 2012 by Mike Naessens, the owner of Eulogy Belgian Tavern at 2nd and Chestnut, Bierstube is not your typical German-themed bar.  In the U.S., German-themed bars usually drape every available square inch with German and Bavarian flags, incorporate Oktoberfest into the remaining space, and use bright lighting to accentuate white walls trimmed in wood.  To say the least, I was shocked when I walked into Biertube and saw only a few of those trappings.

Rather, as I entered from the glare of the sunny street, my first impression of Bierstube was a dimly lit space with very little initial indication that it was a “German” bar (with the exception, of course, of the life-sized, cardboard David Hasselhoff / Baywatch cut-out whose nipples had been replaced with beer taps).  However, my shock quickly changed to familiarity, as memories of my extended trip to Germany suddenly came rushing back to me.  Once again, I was in a modern German bar found in every city and town in Germany.  Bierstube is not a celebration of the commonly seen Bavarian heritage, but rather is, in my opinion, a dead ringer for the German local bar you could walk into anywhere in Deustchland and watch a Futbol game with Seinen Freunden today.

As would be expected from the owner of Eulogy, Bierstube’s beer list is extensive and includes an impressive selection of German varieties, including Helles lagers, Dunkel lagers, Berliner Weisse and Rauchbiers.  Of course, the list is not limited to German beer; many Belgian brews have also made their way from Eulogy to Bierstube.  While not an exotic beer for Philadelphia, I ordered a liter of Hofbrau Helles and sat back to reminisce about my adventures in Germany over a decade ago. If you have ever been to Germany, or even if you haven’t, I would recommend Bierstube as the perfect place to go for a modern German bar experience. 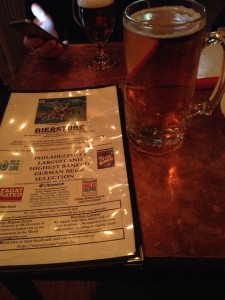 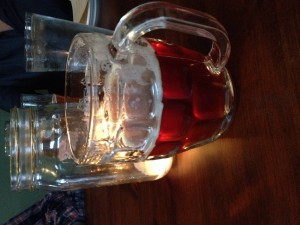 Well, it’s National Beer Day again, so glad tidings to all!  Remember – like some famous person might have once said, “Live your life like everyday was National Beer Day!”  Have a beer (and get a badge on Untappd!)