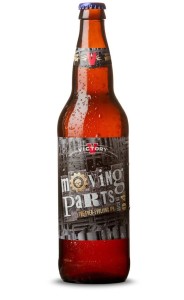 Victory Brewing Company’s newest iteration in its “Ever-Evolving IPA” series is now available on shelves.  According to a press release issued today, “Victory Brewing Company is rolling out Moving Parts 04 the latest in the Ever-Evolving IPA series is now on shelves nationally. Victory brewers manipulate the ingredients of each recipe: water, yeast, whole flower hops and brewer’s grains with unbridled enthusiasm, artistry and passion to emphasize the craft in the craft brewing progression with every Moving Parts batch. Moving Parts 04 will be sold in 22 oz. bottles as well as on draft and boasts and ABV of 7.0%. Available at craft beer bars, bottle shops, beer distributors and major gourmet grocery stores throughout Victory’s 36 state distribution footprint. Moving Parts 04 suggested retail price for a 22 oz. bottle is approximately $4.99, but varies upon location.”

And it’s coming to the suburbs too!  Check out my newest article in this week’s Ticket! 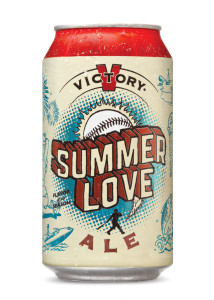 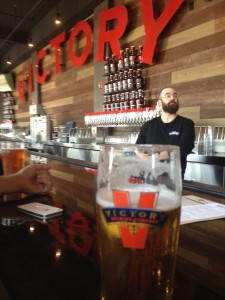 Tonight I attended a media event at Victory Brewing Company’s new brewpub in Kennett Square.  Victory President and Brewmaster Bill Covaleski was on hand to introduce the new brewpub and guide us through an amazing food and beer pairing.  In addition to the samples of beer we tried, we each left with a bottle of Moving Parts 03 and the highly anticipated Summer Love Ale in a can.  The summer is truly on its way!