On the verge of 2015, I wanted to take a quick look back at the great year that was 2014!  I met so many awesome craft brewers and their creations – locally, in the U.S., and around the globe –  Wow!

January – a quick visit to Funky Buddha and Organic Brewing in the warm Florida sun.

April – I visited San Francisco and visited 21st Amendment, Thirsty Bear and the Toronado to sample the best of the City by the Bay.

August – My personal highlight – a trip to the booming craft beer city of St. Louis!  Details will be coming soon in a Philly Beer Scene issue…but those of you following me on Instagram, Facebook and Twitter know that I had amazing visits with Four Hands Brewing, Perennial Artisan Ales and Urban Chestnut Brewing!  And I visited the Clydesdales too… 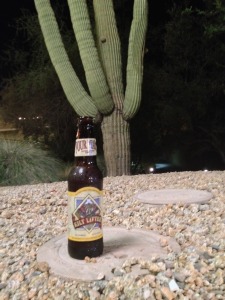 September – Beer in the desert – I was able to find out first hand about a craft beer oasis in Phoenix, Arizona!

For every issue of Philly Beer Scene this year I researched and wrote about the history of these outstanding Belgian breweries:  St. Bernardus, DuPont, De Koninck, Het Anker, De Halve Maan, and Van Steenberge.  Also, I had the opportunity to interview Jack Maxwell, the host of Travel Channel’s new show, “Booze Traveler.” 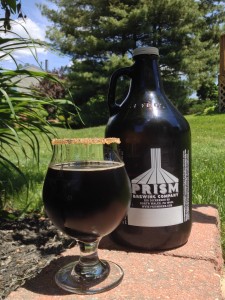 Local highlights include the Forest & Main monthly Sunday dinners from January to August; The Band of Brewers; the Fifth Annual Lansdale Beer Festival; the Philly Beer Scene Awards in May – with Free Will’s Whit beer that aged nicely for Thanksgiving; a collaboration beer pairing dinner with the brewers at Iron Hill Chestnut Hill during Philly Beer Week; and a fantastic trip to McGillians to start the holiday season ! 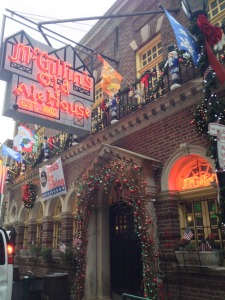 What a great year!  Thanks again to all my brew friends who helped make 2014 so awesome!

So what will 2015 bring for the Brewholder?  A few spoilers:  San Diego; Portland, Maine; Savannah; New Orleans; more Belgian history; at least one new Ommegang / Game of Thrones beer; and a relocation for The Brewholder HQ…Looks like 2015 is going to be another exciting beer year!

While many people mark the beginning of this hectic season by “shopping til you drop” on Black Friday, I tend to take a more reflective approach.  I can’t think of a better way to reflect on the past year than to sit in a warm public house with a craft beer and comfort food.  In my opinion, there is no better place for this than McGillin’s Old Ale House in the “MidTown Village” section of Philadelphia. Located on Drury Street, a narrow, not well-maintained, alley, McGillin’s has provided a safe haven for those looking to drink and eat in a comfortable atmosphere since 1860.

On Thanksgiving weekend, McGillin’s transforms itself into a Christmas wonderland.  As described on their website, “It’s like Christmas with steriods at McGillin’s – with more than 1,000 feet of garland, 1,200 feet of lights, 350 bows and ornaments.”  It’s the perfect place to stop in for a meal and a drink while enjoying Philadelphia Christmas activities like the Macy’s Light Show and the Dickens Village, the Philadelphia Christmas Village and the Comcast Spectacular.

In what is becoming an annual tradition (see my post from 2013), McGillin’s is definitely my choice to jump start to the holidays.  Stop in and have one of McGillin’s specialty brews, crafted only for McGillin’s by Stoudt’s Brewing in Adamstown, or try another local Philadelphia craft brew like Philadelphia Brewing Company’s Walt Wit or Sly Fox’s Christmas Ale. 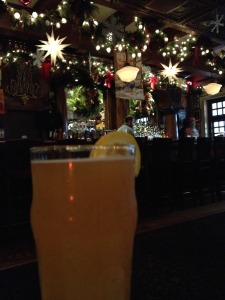 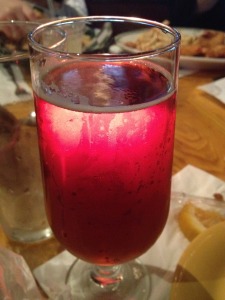 So here’s to the beginning of the holiday season – and cheers to McGillin’s!