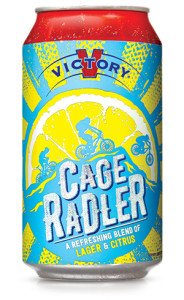 “I like to ride my bicycle” – and then have a Cage Radler!

It was a busy week for Victory Brewing Company, as it announced two new beers perfect for the warming temperatures!

First was the “Hoppy White Ale,” a beer brewed exclusively for The Pour House, member of the P.J.W. Restaurant Group.  According to the press release, “Hoppy White Ale will be available by the pint for $5 in all three The Pour House locations. Hand-carved wooden tap handles and branded Hoppy White beer glasses were created to complete the experience. Hoppy White is a full-bodied wheat beer with heavy citrus aromas. At 5.9% ABV it is extremely drinkable and refreshing with orange and earthy hop flavors due to the heavy usage of Citra hops late in the boil.”

On April 15, Victory announced the release of “Cage Radler” a “…light, thirst-quenching lager with a lemony twist serves as a smile and a nod to outdoor enthusiasts and beer lovers alike that the warm weather is here meaning one thing: it’s playtime. The radler, Victory’s newest creation and an ode to the German word for ‘cyclist’, blends a light lager with lemons, resulting in a clean, crisp and thirst-quenching taste.”

From the press release for Radler:

““Addressing our consumers’ thirst for quality and innovation is our pleasure and we expect to deliver plenty of summertime pleasure with this release. Ready to enjoy with all outdoor activities, Cage Radler, delivers quenching flavor and on-the-go convenience with cans as well as bottles,” said Victory’s President and Brewmaster, Bill Covaleski.

Radler, the German word for ‘cyclist’, came about on a warm June day in 1922 when Franz Xaver Kugler, the owner of a Bavarian inn, was running out of beer while his bar was occupied by thirsty, demanding cyclists. Thinking on his feet, he added lemon-lime soda to dunkel lager and the tasty result became fondly forever known as the radler.

Today, radlers commonly consist of half-fruit soda, half-beer and are still popular among active drinkers who crave a refreshing, low alcohol beverage on their journey. The perfect toast to spring and summer, Victory’s Cage Radler is made with all natural ingredients. It pours a golden, lemony yellow with an inviting white foam on top. Slightly hazy and entirely rejuvenating, it features fresh, effervescent citrus combined against a light, yet flavorful, body while carefully balancing sharp notes of lemonade and citrusy zest with earthy, grainy characters. Containing Tettnang Mittelfrueh hops and pilsner malts, this good vibe beer also has an easygoing ABV of 3.0%. With the low ABV but intense tanginess, the radler is ideal for cooling down post-activity and can be best enjoyed outside.”

Look for Hoppy White Ale at The Pourhouse locations in North Wales, Exton and Westmont, NJ, and Cage Radler in bars, restaurants and distributors! 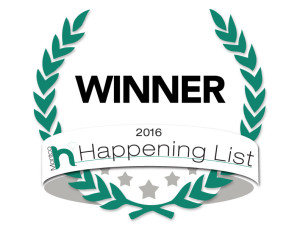 No, I’m not the Winner – but good enough for me!

The results are in for the Montco’s Best of 2016!  And while I didn’t win the title of Best Social Media Personality, I was a finalist – which says a lot for a guy who only writes about beer!  See the results here.

So thanks to everyone who took the time to vote – and who take the time to read my column in Ticket To Entertainment, my articles in Philly Beer Scene Magazine, and my live posts on Instagram, Facebook and Twitter! 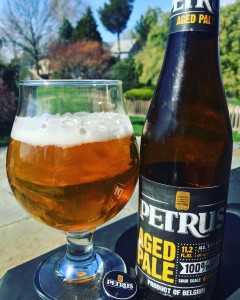 Petrus Aged Pale – a fantastic sour by Brouwerij De Brabandere which would not be available if not for another beer writer – Michael Jackson.

If you  look at my website regularly, you know that I don’t often put a stream of consciousness into words – you know – “blogging.”  I usually just put links to my articles that are published in other media outlets.

But as I put the finishing touches on my fourth article in seven days last night, I reflected on how really cool this “beer writing” thing has become for me.  Last week I visited Whole Foods Market Plymouth Meeting to learn about their upcoming events in support of an article about National Beer Day.  While there I had a beer with Anthony Marino, their in house beer expert, learned how he got into craft brew, and we compared notes on our home brewing efforts.

I also finalized an article on the upcoming Philly Beer Week Collaboration Beer, which was brewed in Amsterdam by Menno Olivier of Brouwerij De Molen along with Tom Kehoe, founder and head brewer at Yards Brewing.  The coolest part about that article was a few weeks back I stopped in to the Yards Tasting Room on Delaware Avenue and interviewed Tom – who, despite his incredibly busy schedule, was able to sit down and share a beer with me while I asked him to tell me about the trip.

Last Friday was also pretty amazing – it started early in the morning with a phone call to Belgium to speak with fifth generation brewer Albert De Brabandere to learn about the history of his family’s brewery, for my ongoing Belgian History column in Philly Beer Scene magazine.

Then, on Friday night, I traveled to the western end of Montgomery County to Railroad Street Pub & Grille in Linfield, where owner Mike McCloskey has turned an old biker bar into one of the best craft beer bars in the Philadelphia Suburbs.  While I was there, I met Tim Hennessey, the force behind last October’s first Pottstown Beerfest, and the upcoming Pottstown Firkinfest, and interviewed him for an upcoming issue of Ticket to Entertainment.

I’ve been writing about beer for three years and it is not losing its luster.  There is so much happening in the craft beer world right now that every day I say, “Man, I wish I had time to go there and write about that!”

So that was last week…what will the next weeks bring?  Keep an eye open for some fun stuff – the San Antonio beer scene, the Nashville beer scene, the Pottstown Firkinfest, the Craft Brewers Conference in Philadelphia, and of course, the mother of all events – Philly Beer Week! 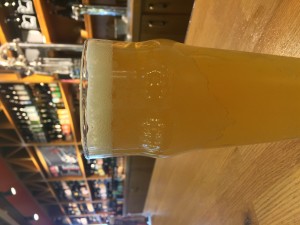 Once again it’s National Beer Day – enjoy a pint and my article on Ticket to Entertainment! 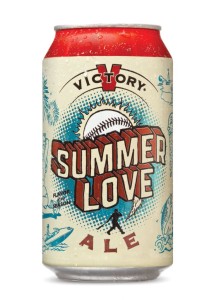 Victory Brewing Co. announced this week that its summer seasonal, Summer Love, is now available, just in time for baseball and the warm up to summer!  Look for it on draft, in bottles and cans.   Read Victory’s full press release here:

It Wasn’t a Fling – Your Summer Love is Back!

Downingtown, PA, April 4, 2016 – Victory Brewing Company (Victory), is shaking off the winter chill and bringing back Summer Love Ale. Summer Love Ale is one of craft beer’s most popular and anticipated seasonal beers, brewed with whole flower Tettnang, Simcoe and Citra hops. With its golden color and cool, crisp flavor profile, Summer Love Ale captures the essence and fun of the season of sunshine. Summer Love Ale, at 5.2% alcohol by volume, promises the refreshing familiarity of a crisp brew backed by fresh, clean German malts and a surprising burst of lemony refreshment from fistfuls of American whole flower hops at its finish.

“When we brewed Summer Love we tried to capture the essence of summer and bottle the spirit and fun of the season. Six years later Summer Love has developed nostalgia of its own,” said Victory’s President and Brewmaster, Bill Covaleski. “Our fans eagerly await its return and seek out the Summer Love that’s become their beach trip, ball game, or shady picnic go-to for five summers running.”

This summertime favorite is now on draft, in 12 oz. bottles and in 12 oz. cans. Summer Love will also be available in their Summer Selections Variety 12-pack along with Vital IPA and two new Victory brews, Cage Radler and Frische Weisse.

Available on draft and in cans and bottles through September, Summer Love Ale can be found in bars, major grocery stores, bottle shops and beer distributors throughout the brewery’s 37-state footprint. Use Victory’s Beerfinder to find your Summer Love.