Check out my most recent articles – 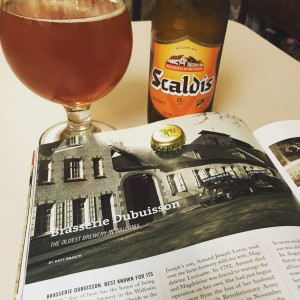 In the September issue of Philly Beer Scene, I look into the history of Wallonia’s oldest brewery, Brasserie Dubuisson.

In the August 21 issue of Ticket to Entertainment, I talk about the increase of craft beer production and beer tourism.

And last week I had the chance to try some new special Prism Brewing Company beers at Elmwood Park Zoo – read about it on Philly Beer Scene Online Exclusives. 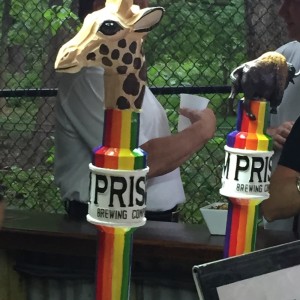 It’s been a busy summer filled with some fantastic beers, but hold on – it’s almost Oktoberfest and Pumpkin beer time!

Victory Brewing Company announced that it will hold a day long celebration, “Raising Funds to Preserve, Protect and Celebrate the Most Crucial Element for Life (and Great Craft Beer)” – the water of the Brandywine Watershed, on September 12, 2015 from noon to 8pm.  A portion of every Headwaters Ale sold will be donated to the Headwaters Grant, which distributes the proceeds to environmental advocacy groups.  Read the full press release below:

Victory for the Headwaters: Raising Funds to Preserve, Protect and Celebrate the Most Crucial Element for Life (and Great Craft Beer)

Downingtown, PA, August 10, 2015- Victory Brewing Company (Victory) will host Victory for the Headwaters, a daylong celebration and fundraiser,on Saturday, September 12th from 12:00 pm to 8:00 pm. The event starts with a volunteer trash clean up canoe trip down the Brandywine River and continues at Victorys Parkesburg brewery at 3127 Lower Valley Road where the Victory for the Headwaters fundraiser will be held, and the real party starts.  All proceeds will benefit Victorys Headwater Grant, which provides funds to environmental organizations dedicated to protecting our water.

To further the festivities, Victory will unveil the new packaging for its Headwaters Ale. The new look will support the idea behind the delicious brew, which is to pay homage to the Brandywine Watershed, the local source from which every Victory beer springs.  A portion of every Headwaters Ale sold will be donated to the Headwaters Grant. As one of the four basic ingredients in beer, water is fundamental not only in the production and flavor profile of all brews but most importantly in the health of our planet. Headwaters Ale was introduced 5 years ago, as Victory approaches 20 years in the craft beer industry, the brewerys commitment to environmental stewardship is at an all time high.

Just as a river forms from tiny droplets from the heavens, we see our engagement of a conscientious audience in the Headwaters Grant creating a larger impact, explains Bill Covaleski, Brewmaster and President of Victory Brewing Company. Craft beer fans are presented with innumerable choices of beers to purchase. Our goals is to help our fans make the connection that choosing Headwaters Ale, is more than just a taste preference, it is a decision to help preserve our planet one sip at a time.

Victory Brewing Company is a craft brewery headquartered in Downingtown, Pennsylvania. Founded by childhood friends, Bill Covaleski and Ron Barchet, Victory officially opened its doors in February of 1996. In addition to the original Downingtown brewery and brewpub, Victory opened a second state-of-the-art brewery in 2014 in Parkesburg, PA to expand production capabilities and serve fans of fully flavored beers in 36 states with innovative beers melding European ingredients and technology with American creativity. To learn more about Victory Brewing Company visit us on the web at www.victorybeer.com.