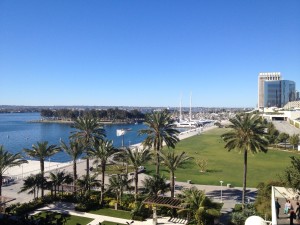 In the middle of a cold, Mid-Atlantic winter, I was lucky enough to have a quick visit to balmy San Diego.  Over the years, I have read and heard stories from craft brew fans testifying to the fact that San Diego is the “craft beer mecca” of the West Coast, so I was curious to see how a 48 hour trip with limited time for beer tourism would turn out.  I was not disappointed. 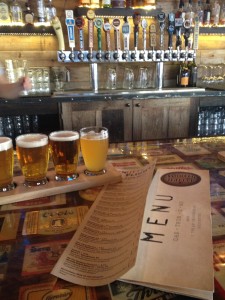 I started my visit with a late lunch at The Knotty Barrel.  The comfortable craft brew bar had over 22 taps and 18 bottled beers, with the majority from the Bear State.   I made sure that my first taste of San Diego was a flight of California’s finest – Three Weavers ESB; Sierra Nevada Kellerweiss, Ballast Point Fathom IPA, IronFire 51/50 IPA, and BNS Brewing Ma Deuce DIPA.  The flight did not disappoint – especially when paired with Knotty Barrel’s Potato Chip Nachos and Knotty Wings. 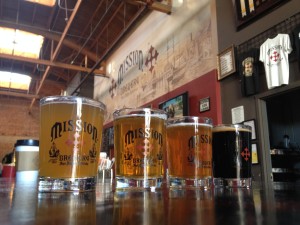 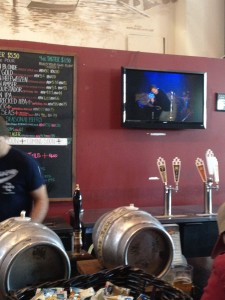 Don’t act like you’re not impressed..with jazz flute..and 2 versions of the IPA

After The Knotty Barrel, I headed to Mission Brewing who, by chance, was releasing their “Don’t Act Like You’re Not Impressed” IPA, that day.  The brew was made in collaboration with Alpine Brewing Company and embraced the San Diego-based film “Anchorman.”  The “Don’t Act Like You’re Not Impressed” IPA was brewed in two varieties – one with Mosaic and another version with Simcoe.  Both were perfect examples of a West Coast IPA for an East Coast visitor!  After sampling a few other Mission creations, I took bottles of Mission’s “Carrack” Red Ale and “Dark Seas” Russian Imperial Stout for the road and went on to explore more of San Diego, which included the grand opening of Half Door Brewing Company. 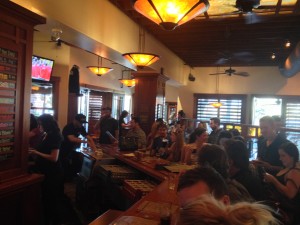 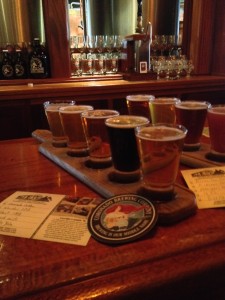 The following day I took the ferry to Coronado Island, home of Coronado Brewing Company.  There was large crowd at the bar, but it was a friendly, comfortable group enjoying a warm Saturday afternoon.  Between my flight and my companion’s flights, I was able to sample every one of the beers available that day.  Although I hate to make lists or rank beers in any way (to each their own!), Coronado’s Algerythm was the perfect pairing with the weather and the fun people I was with at the time.  A highly aromatic India Pale Lager, the grapefruit and citrus flavors were contrasted nicely by the crisp lager beer. 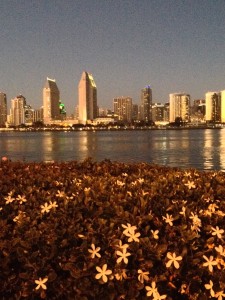 As I departed Coronado Brewing, I was treated with a stunning visual nightcap to a fantastic day – the San Diego skyline was bathed in gold from the setting sun.   Between this sunset and the many outstanding local brews I had encountered in less than 48 hours, I am convinced that what you read is true – San Diego is truly a treasure and should be considered a “mecca” of the American craft brew movement. 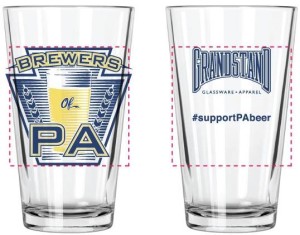 On April 2, 2015, the Brewers of Pennsylvania (“The BOP”), the official brewers guild of Pennsylvania, will hold its fourth annual “Meeting of the Malts” at Allentown Brew Works. See my full article on Philly Beer Scene Online Exclusives to learn more!

Purchase tickets on the BOP website here.   I hope to see you there!

Since the end of Prohibition, Pennsylvania distributors have not been permitted to sell anything less than a case of 24 12-ounce bottles or a “single container” holding at least 128 ounces (i.e., a keg…or remember party balls?).  Lawyers and regulators have read that language to mean that anything less than a case of bottles had to be purchased somewhere other than a distributor – like a bar, deli, or recently, grocery stores.

However, with little fanfare, on March 6, lawyers for the PLCB released what could be considered a historic Advisory Opinion that announced the PLCB will now interpret a “single container” to include a 12 pack of 12-ounce bottles – as long as the 12 pack is one individual package.  For large brewers, this argument makes lot of sense because the total amount in 12 bottles is 144 oz – still over the 128 oz requirement.

This interpretation was brought to the PLCB’s attention by Pittsburgh lawyer Charles Caputo, who filed the request for the interpretation on behalf of Rivertowne Brewing last year, but the PLCB did not address it until Caputo forced the issue with the Pennsylvania Commonwealth Court in December.  In a press release, the PLCB characterized the decision as a “clarification of existing law.”

While Pennsylvania consumers are rejoicing in the news that they will now be able to buy a $20 “half case” as compared to a $40 “full case,” the Brewers of Pennsylvania  (www.brewersofpa.org), thinks the PLCB decision will harm small Pennsylvania brewers.  In a formal response the BOP explained, “We as the small beer Brewers of Pennsylvania employ an estimated 10,000 employees earning $296 million in wages and generating $1.1 billion in direct economic benefits to communities throughout the state…Today we can provide 6 packs and even 12 packs for sale at distributors but nearly all of our members do not have manufacturing and packaging capability to offer 18 packs.  Foreign-owned, mega-brewers have such predatory, ‘loss leader’ packages in states all around us and today’s PLCB decision serves up a competitive disadvantage that can be destructive to small businesses, such as our suppliers, across the state.”

The BOP also believes that the PLCB exceeded its “legal authority and obligation to the welfare of citizens of Pennsylvania in today’s ruling…though an advance for all who celebrate the diversity of beer brands and flavors, [the ruling] has failed on some levels and has inexplicably handed a huge advantage to out-of-state, global brewing entities.”  Ted Zeller, BOP General Counsel, said the new interpretation opens the door for large manufacturers to sell 18 packs.  That, he said, would put family-owned and smaller craft breweries at a disadvantage because the larger companies can offer lower prices for the larger packs, which most smaller operations don’t have the resources to manufacture and market themselves.  “We’re not against 12-packs in any shape or form, but we’re against being competitively disadvantaged based on a legal interpretation we’ve relied upon since Prohibition.”

Because this rule change is an interpretation of an agency rule rather than a newly adopted statute, we can probably expect a challenge in the court system and possible reversal.  But until then, consumers should be on the look out for 12 packs in their local distributor as soon as brewers with the capacity can change their product packaging.