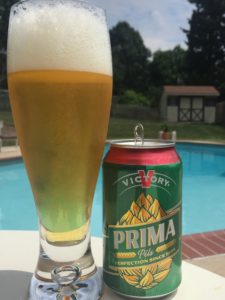 Prima Pils by the Pool!

Victory Brewing recently refreshed its Prima Pils by updating the label with a classic look and putting it into a can for easy transport this summer.  According to a press release from Victory:

“With the decision to put Prima in cans, creating ‘portable Pils perfection,’ we decided to refresh the label, too,” said Victory’s co-founder and Brewmaster, Bill Covaleski.  “The liquid is the same as it’s been for 20 years but we wanted to brighten the label and boldly state what our loyal fans have been saying for decades: “PRIMA PILS PERFECTION SINCE 1996.” 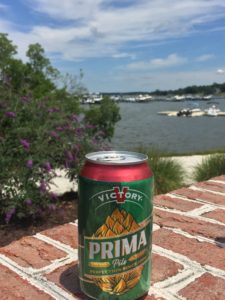 Prima Pils on the go in the summer!

I’ll be honest – it had been a long time since I’d had Prima Pils, but when I saw the new label (and needed cans vs. glass for poolside), I figured I’d circle back and try it again.  Let’s just say I’m hooked.   Prima Pils – in a can – is perfect for throwing in a cooler and taking with you on your summer excursions (or just to your backyard pool!)  My friends and I have already been through a few cases and it’s not even July yet! 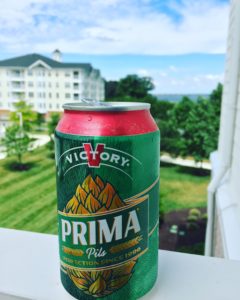 If you haven’t had a Prima Pils in a while, try it again – I think it’s a perfect compliment to the heat of summer picnics and sitting on the beach.

Once again the City of Brotherly Love is showing its love for brew to the World!  On Friday, June 3, 2016, the official opening of Philly Beer Week 2016 began at the Fillmore in Fishtown, with a beer festival / celebration of all things beer – The Opening Tap! 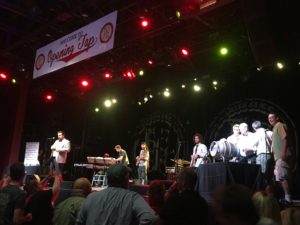 Anxiously awaiting the arrival of the HOG to open to first keg of PBW!

For those holding VIP tickets, the doors opened at 6pm – all the breweries on the main floor were giving out their samples, while some newcomers – Brewery ARS, Hidden River, Highway Manor, and Death of the Fox – delighted with their tasty brews upstairs. 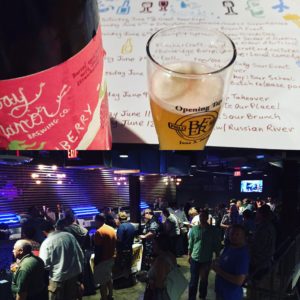 As it neared 7:00pm, anticipation began to rise for the arrival of the Hammer of Glory (The HOG), the sledgehammer used to crack open the first keg of Philly Beer Week – that had begun its Olympic-torch like journey from bar to bar since 8am.  Once it arrived, Joe Ortlieb, 91 years young, used the HOG to get the Brotherly Suds 7 flowing – “Ryebock Lager,” a  collaboration beer between “The Big 7” Philly brewers – Sly Fox, Yards, Victory, Iron Hill, Flying Fish, Stoudts and Troegs. 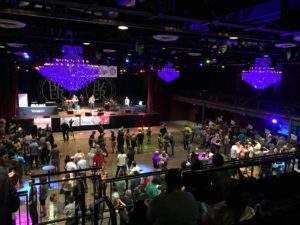 The view from the mezzanine of the beautiful Fillmore. 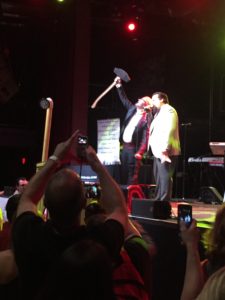 Casey Parker and Will Reed welcome the HOG to the stage!

Check out my Facebook page and Instagram for videos of the tapping of the keg and Joe Ortlieb’s toast!

Once the beer was flowing, the beer festival began – and so did Philly Beer Week!

Here’s a few more photos as the celebration continued! As Joe said in his toast – “Good beer, good friends, GOOD TIMES!” – that’s what Philly Beer Week is all about!  Hope to see you out there! 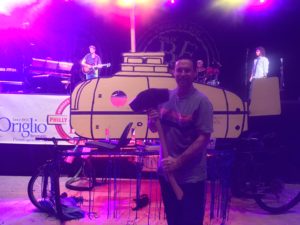 On this night you can call me The Hogholder. 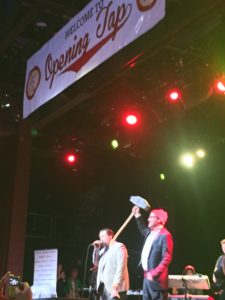 Will Reed of The Standard Tap brings the HOG to the stage! 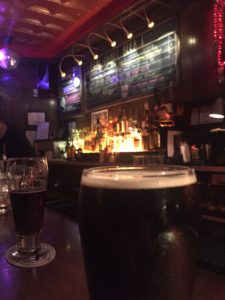 A Victory Yakima Glory at Johnny Brenda’s was a perfect end to the first night of Philly Beer Week!