On Monday, November 24 at 10:00 pm, Travel Channel premieres “Booze Traveler.”  I had the chance to interview the host, Jack Maxwell, and talk to him about his experiences while filming the show. Check out my article on the interview on Philly Beer Scene!

Recently Anthony’s Coal Fired Pizza in Horsham, Pennsylvania invited me to experience their “Well Done” pizza and craft beer!  Check out what I thought on Philly Beer Scene – Online Exclusives! 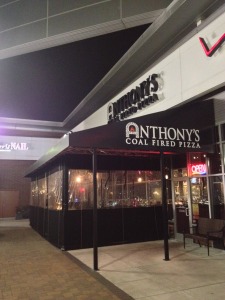 Thank you to all who have ever put your personal lives and freedoms on hold to serve the United States and its citizens!  Happy Veterans Day – this toast is to all of you! 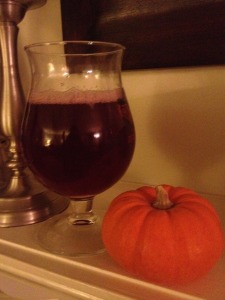 Yesterday, Ommegang announced the next beer in its HBO / Game of Thrones Series, to be released next Spring for the beginning of the fifth season of the show:  Three Eyed Raven.

(COOPERSTOWN, NY) On the HBO series Game of Thrones, things are often not what they seem. There may be no better example than the three-eyed raven – which in Bran Stark’s dreams and visions is a bird. But as Bran discovers in the season four finale, the raven is actually a mysterious old man whose body is fused with the roots of a weirwood tree beyond the wall. Just like the mythical creature, the next beer in the Game of Thrones series from Brewery Ommegang is not exactly what it appears to be. Three-Eyed Raven Dark Saison Ale is a saison, but it’s also a dark ale. And it will be available spring 2015 when the hit show returns for its fifth season.

Three-Eyed Raven is the fifth beer in the partnership between HBO and Brewery Ommegang. Like its predecessors, the beer is inspired by themes and plot points from the award-winning HBO series. As season four wound down, the storyline of Bran and the three-eyed raven reached a shocking climax that portends dark and momentous events in store for the people of Westeros. A dark take on the classic saison style seemed most appropriate for the latest beer.

“A dark saison is a style that we’ve been intrigued with for a while now and one that’s open to a broader stylistic interpretation,” said Mike McManus, Brewery Ommegang’s Innovation Manager. “When we zeroed in on Bran’s storyline with HBO, we knew this was the perfect opportunity to brew something with many different characteristics and attributes – a beer that’s not truly one thing or another. It is definitely the most unique beer in the series to date, which is very exciting.”

“Going into season five, Game of Thrones is bigger than ever, and we’ve learned very quickly over the past four beer releases that fans of this show are thirsty for Ommegang’s innovative and carefully conceived brews,” said Josh Goodstadt, Vice President of Global Licensing at HBO. “We’re certain those fans will be just as surprised by the complexity of Three-Eyed Raven as they were by Bran’s discovery at the end of season four.”

Three-Eyed Raven is brewed with a carefully crafted mixture of specialty malts, including malted rye, midnight wheat (provides depth of color but not the roasty flavor of a dark beer), and dark candi sugar. It’s hopped with Hallertau Spalt Select, Tettnang, and Bravo hops, which give the beer a spicy, fruity character. A fair amount of late-addition hops are added for character. Three-Eyed Raven is fermented and bottle-conditioned with Ommegang’s signature house yeast.

Saison qualities dominate Three-Eyed Raven with fruity esters, clean floral hops aromas, a light malt character with just a hint of roast and a pleasant yeastiness in the taste, and a crisp finish with lingering herbal hops and dry rye notes. The label art, which features the three-eyed raven, was created using an actual concept design illustration from the series.

Previous beers in the highly successful collaboration include: Valar Morghulis Dubbel Ale (available now), Fire and Blood Red Ale (spring 2014), Take the Black Stout (fall 2013), and Iron Throne Blonde Ale (spring 2013.) The first three beers in the series completely sold out and Valar Morghulis is well on its way, despite being brewed at nearly 4x the volume of Iron Throne.

Three-Eyed Raven will be available nationally this spring (exact launch date still TBC) in time for the season five premiere of Game of Thrones. The 7.2% ABV ale will be available on draft (sixth-barrels) and in corked bottles (25.4 ounces). The recommended retail price is $9.50 per bottle.