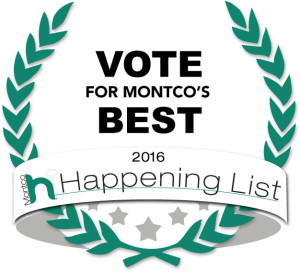 I’ve been nominated for Montco’s Best –  in the category of People: Social Media Personality!   If you’ve liked at least one thing I’ve written, then consider heading over to the online voting and cast your vote for me! 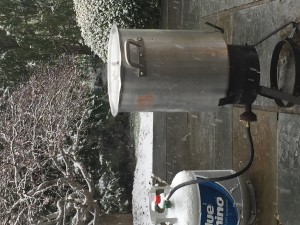 Don’t let the snow keep you from beer and brewing!

The Northeast is gearing up for its first big snowstorm of 2016.   Make sure you are stocked with “winter beer” before we get snowed in!  Here are some suggestions from my article in Ticket to Entertainment! 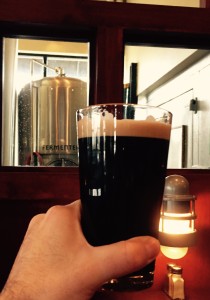 Recently I asked around to see what might be coming in 2016 – see what Mat Falco, of Philly Beer Scene, and Bill Covaleski, of Victory Brewing Company, had to say in my article in Ticket to Entertainment! 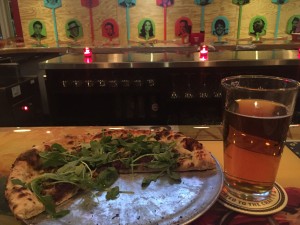 Back in November I visited the newly opened Pizzeria Felici in Horsham.  I was disappointed to learn recently that the owners of the Feliz Restaurants have decided to wrap up their foray into Italian comfort food and re-open in late January as their second Taqueria Feliz, serving Mexican food.

The press release can be found below.  I wish all the best to The Feliz Restaurants and look forward to seeing what they will have on draft!

We are currently closed!

We are excited to announce that we will be converting Pizzeria Felici  into our second Taqueria Feliz location at the Elements Shopping Center located at 303 Horsham Rd in Horsham, PA. The new Taqueria Feliz will be an offshoot of the original Taqueria Feliz located in Manayunk and the sister restaurant to Cantina Feliz in nearby Fort Washington.

While we loved the pizzeria concept and received really positive feedback, at the end of the day, we determined that Mexican food is our passion and our style of the cuisine is what the area needs most.

The new concept will open at the end of January, focusing on the mouth-watering tacos that Feliz Restaurants has become famous for including a variety of our fish tacos to choose from. The wood-fired oven in the kitchen will be used for Mexican specialties including nachos, enchiladas, fundidos, and tlayudas (Mexican style pizzas).

An extensive list of tequilas and margaritas will be the showcase of the bar that will include 10 draft beer lines of rotating craft brews along with Mexican staples of Dos Equis Amber and Corona Light.

Taqueria Feliz Horsham will be open for both lunch and dinner with nightly features including Happy Hour, Taco Tuesdays, and Flight Night on Thursdays. Stay tuned to Facebook (www.facebook.com/TaqueriaFeliz) and our website for more details as we get closer to the official opening date. 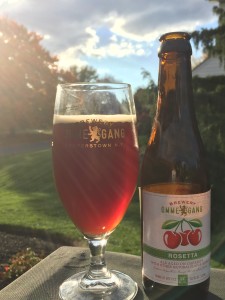 In a press release today, Brewery Ommegang announced that its new kriek, Rosetta, will be available on draft soon!  The entire press release is found below for more details.  Also  Ommegang added a video about Rosetta to their YouTube channel so you can hear more about the new brew from brewmaster, Phil Leinhart. Watch it here.

(COOPERSTOWN, NY) Brewery Ommegang in Cooperstown, NY is beginning the New Year with a cherry bomb bang by bringing tart/sweet newcomer Rosetta Kriek to the market on draft. Rosetta in bottles, which launched October 2015, has elicited a very positive response from craft consumers and retailers alike. The arrival of draft will bring the unique ale to fresh assemblies of beer lovers nationwide.

Brewed and blended by Ommegang’s sister brewery Liefmans in Belgium, Rosetta is a perfectly balanced combination of old (aged on cherries at least three years) and young Flemish brown ale (or oud bruin) with a lively and fruity kriek, or cherry beer. The blend, which was developed by Ommegang Brewmaster Phil Leinhart, results in a complex yet refreshing mahogany-brown brew that is an intriguing interplay of tartness and sweetness.

“The initial response to Rosetta has really proven exciting, says Leinhart. “It’s moved out of our warehouse as quick as we bring it in. We are really pleased the blend is resonating so strongly. The beer seems to hit just the right note with fans and we’re thrilled to now be able to bring Rosetta’s unique flavor to draft lines across the country.”

Rosetta is a moderate 5.6% ABV and its unique flavor pairs perfectly with light fare such as salad, chicken liver pâté or a pork terrine, soft cheeses such as Brie or Camembert, or a smooth chocolate mousse. In addition to draft, Rosetta is available in 11.2 oz four-packs at the suggested retail price of $10.99 each. Both bottles and draft are available throughout Ommegang’s 45-state USA footprint. 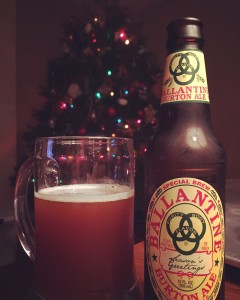 Ballantine Burton Ale was a fun tip of the hat to the original!

2015 was a year of expansion and mergers in the craft beer industry!  Read my review of 2015 and my favorite highlights in Ticket to Entertainment!