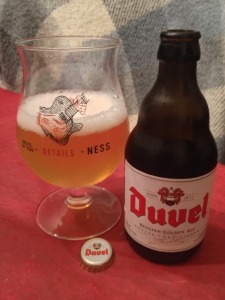 On October 14, 2014, Duvel is celebrating “#Masterfulness” by hosting a beer and art event at the Crown Victoria Bar in Brooklyn, New York.  The celebration will feature woodcut artists “Drive by Press” who will create “super-sized, limited edition art prints” using a steamroller on the street!   Those who attend will be able to sample Duvel’s Golden Ale in a free custom glass made for the event, as well as a free Duvel t-shirt printed by traditional woodcut block.

The goblet shaped glass has a “Devil in the – details – ness” logo which Duvel describes as representing their “relentless brewing craftsmanship.”  The interior bottom of the glass is etched with the Duvel “D” and creates a continuous release of carbonation to ensure a full, creamy head for the Golden Ale.  To experience the glass, the ale, and the steamrolled art, make sure you get to the Crown Victoria Bar by 5:00 pm on October 14! 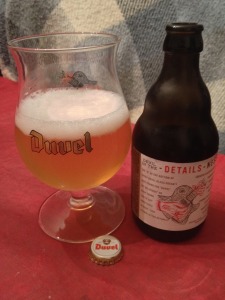 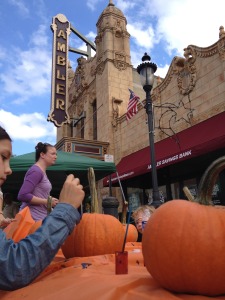 On Saturday, October 4, 2014, Ambler, Pennsylvania held its annual Oktoberfest, sponsored by the Ambler Main Street organization. After a scare of rainstorms in the morning, the weather turned out to be perfect for a street festival.  Butler Avenue was packed with local artisans, food, carnival games, live music and a Beer Garden sponsored by the Ambler Rotary Club.  It was a family-friendly event but still had craft brew options for those looking for it. 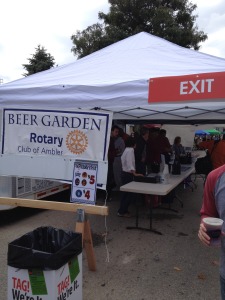 The Rotary Club Beer Garden served Victory’s Festbier as well as a few other non-oktoberfest options; several restaurants on the street, including The Lucky Well, offered food on the curb and had their doors wide open for beverage service.  The open-container prohibition was suspended during the event, so festival attendees could walk and peruse the craft wares for sale – including bottle cap artwork from Zaps Caps. 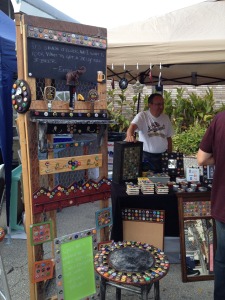 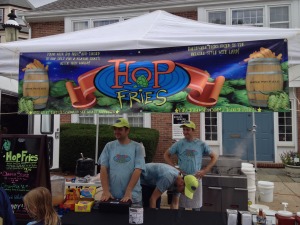 Among the food options was “Hop Fries” – double fried french fries in the Belgian style sprinkled with an IPA seasoning and served with a smoked garlic cheddar beer cheese.  Talk about a great snack while wandering through a street festival!  Other offerings included traditional funnel cakes and kettle corn, as well as Korean delicacies and Philly cheesesteaks. 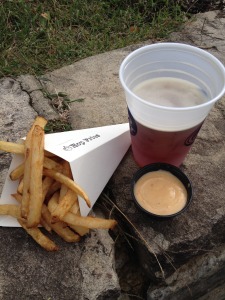 The official end of the festival was located at the live music stage at the intersection of Butler and Main.  But two chalkboards encouraged fest goers to wander down Main Street for an additional Oktoberfest experience.  Bar 31 offered free samples of Sierra Nevada’s Harvest Ale and had a great selection of other seasonal craft beers, including Southern Tier’s Pumking (on special for $4 a pint) and Terrapin’s Pumpkinfest.  While the selection was great, Bar 31 still allows smoking in the barroom which is not conducive to fully enjoying the craft brews.  Once smoking is prohibited inside the pub, Bar 31 will be poised to be a craft beer destination in Ambler. 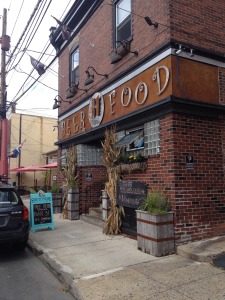 Ambler’s local craft brewery, Forest & Main, opened its doors early at 12:00 pm for its Oktoberfest celebration.  As with all its events, the front yard was packed with craft beer fans and families enjoying F&M’s house made pretzels and other German fare.  Specially made for Oktoberfest was the Nico, a 5.5% ABV inspired by both German Oktoberfests and French Biere de Gardes.  It was a perfect compliment to the weather and the companionship in the front yard, and a great ending to the Ambler Oktoberfest! 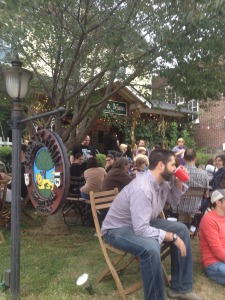 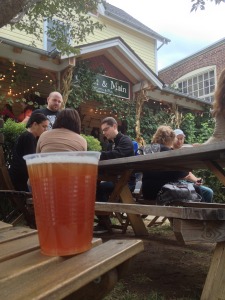